The premise of La Voix Humaine is that a woman is engaging a series of phone-calls to her ex-lover on the evening preceding his marriage to another woman. The agonizing conversation with her unseen and unheard lover is wrought with interruptions among the phone-lines, including old-fashioned crackling, others listening in on the line, and suddenly being cut off. The latter is what the the woman is constantly apprehensive of - she does not know if it is the unreliable phone-line kicking her off, or if her ex-lover has hung up.

Lawrence English, have my first born, or at least pick up some awards for this. The sound design was incredible - in terms of theatre in Brisbane this work is unparallelled, and with the exception of one song choice this design was perfect. English's vision for sound is captivating, recreating everything that can go wrong with a phone conversation (echos, crackling, delays, dial tones, often done through an impressive live mixing of effects) and pairing it with some menacing metallic screeches to evoke a sense of claustrophobia. The atmospheric score complimented the production perfectly, and while there's no discernible theme or melody, each segment enhances the movement on stage. This adaptation is also phenomenally rich in its use of visuals to develop both narrative and character, and Markwell Presents' (Brad Jennings and Steven Maxwell) also craft projections which contrast lights and shadows to emphasize the absence of the unseen lover.

The trio of women (Erica Field, Noa Rotem and Liesel Zink) are equally stunningly beautiful and talented, and their performance as an ensemble is incredible. Their sensitivity and response to each other is electric, and when required their movement and discipline is perfectly uniform. The honestly and hopeless resignation communicated through the eyes of all three are flawing, being instructed at the beginning that the woman on the phone isn't bitter - she is in love. Rotem delivers an impressive third of the script in Hebrew, and her contrast between the woman's calmness then a sudden fervor of distress is breathtaking (although most of the time I heard her speak Hebrew I couldn't stop thinking about Panda). Zink shows such emotion in her harrowing wails when she learns she has been abandoned, and her violent choreography to communicate the erratic nature of the message being sent through the telephone wires is beautiful.

One of my favourite moments I've seen on stage all year was when her ex-lover asks the woman if she kind find her gloves. Fields sits on stage quietly, then retreats off stage briefly. She enters with the gloves on, and creates a beautifully forlorn moment by closing her eyes and rubbing the gloves together (creating a friction to make them warm), pressing them to her face, and smiling. She then softly replies that she can't find them. 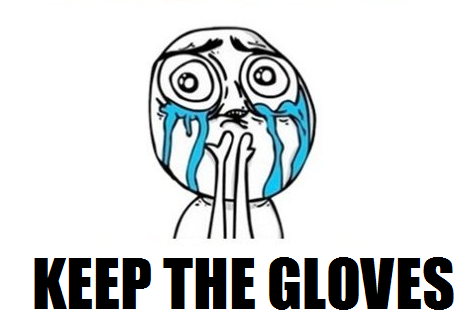 The ingenious element of the production was that all the elements showed a commonality of the unreliable phone line. Sleswick manages to weave the motif into the sound, movements, and the visuals. Even translation selections of Rotem's dialogue is often left out, and when there the subtitles are occasionally difficult to distinguish - this may have been a problem of the material but the break down in communication was felt even in the audience.

I got warned that you could only possibly enjoy La Voix Humaine at La Boite's Roundhouse if you were a woman and/or were deeply in love at one stage in life. I don't think I'm either, but I thoroughly enjoyed the show, and the more I think about it the more I appreciate it. A couple of people commented that they didn't care for it at all, but I think enjoying the piece largely depends on how much you're invested in it. It's intensely confronting to see elements of love that most people would experience at some point in a relationship in the woman, as agonized as her broken soul is. A lot of theatre you can emotionally distance yourself from, but in order to engage fully with La Voix Humaine, you need to be willing to confront something very private and very real. To engage fully with La Voix Humaine in a profound manner is a harrowing, albeit brilliant and evocative experience. Emotionally, it expresses the thematic concerns of the nature and meaning of love and its demise, and the polarized choice between obsession and acceptance. It's dark, brooding and brilliant. You must be emotionally prepared for that experience, otherwise casting the show aside or dismissing it as pompous experimental staging would be easy.

La Voix Humaine is a beautiful piece of theatre. Sleswick's inspired new adaptation challenges the conventional idea about moving on between love, obsession and acceptance. With an incredible sound design and visuals, led by an ensemble of incredible women, La Voix Humaine invites the audience into a harrowing, but brilliant and thought-provoking experience.